Jacque Fresco, one of the greatest minds of our time, passed away on the 18th of May, 2017, but his vision for a better world continues to live on. 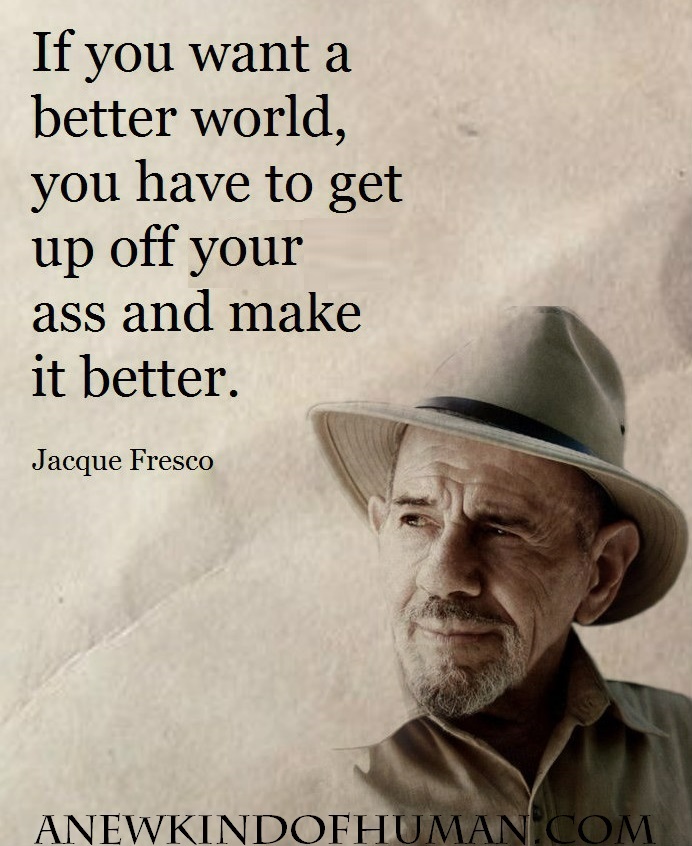 Like most people, I was first introduced to Jacque through his appearances in the Zeitgeist film series by Peter Joseph. There was an old school, street smart, way about him that my particular background welcomed.

He spoke bluntly, but brilliantly; and together, with Peter Joseph, helped open my mind to the concept of a Resource Based Economy; which is a society that ensures the natural resources (food, water, etc.) of our global community are distributed in such a way that there is no material scarcity.

This then opens up the opportunity for the common people to use their time to help contribute something meaningful and positive in society, rather than serving this unethical system that feeds on dangerous things like war, greed, exploitation, and elitism. In other words, it puts human need before elitist greed. 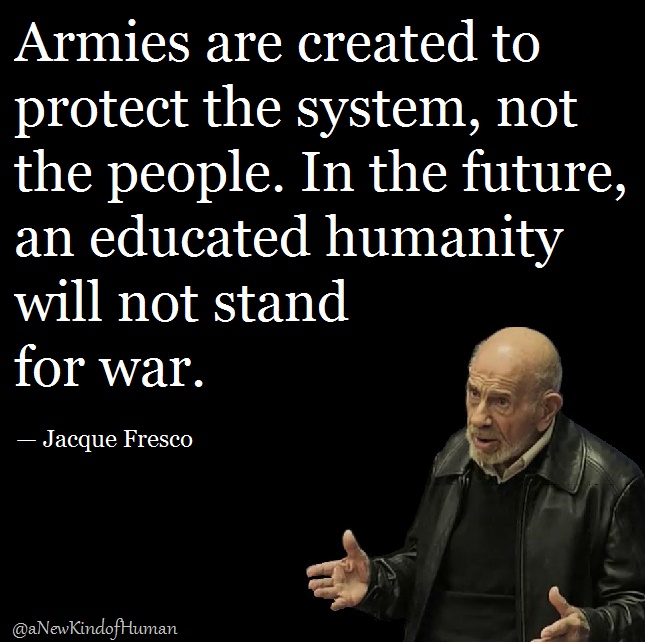 In the video below Jacque and his team explain this innovative concept in more detail;

Now, this concept is certainly not perfect. But it does provide a viable alternative, and helps to create awareness that another world really is possible.

But Isn’t The World Overpopulated?

Most people believe in the outlandish myth that the world is overpopulated and there simply is not enough food, water, and land for everyone. But this, is rooted in propaganda and not Truth.

There is more than enough land

Although many cities around the world could justifiably be called overpopulated, there is so much land in the abandoned country side of nations all around the world, that anyone making the ridiculous claim of there not being enough land has clearly not traveled enough. But, for those who have their doubts, award winning statistician, professor Hans Rosling, put together a brilliant TED talk debunking this silly myth with scientific research, which you can view HERE.

There is more than enough food

Aside from the fact that billions of pounds of food is wasted all around the world every year, the United Nations has publicly gone on record stating that “The problem of food insecurity is a political one.” In 2008, FAO Director-General Jacques Diouf called out the Military Industrial Complex and governments all around the world, for their liberal spending on military and war (at the time $1.2 trillion), while failing to prioritize a mere fraction of that — $30 billion — which the UN claims is the annual price of ending world hunger.

There is more than enough water

Aside from the fact that the United Nations has gone on record admitting there’s already“enough water available to meet the world’s growing needs,” the process of desalination (turning sea water into drinking water) provides us with a seemingly limitless supply of drinking water. After all, it is estimated that we haven’t explored as much as 95% of the ocean. This is precisely how Israel — one of the driest countries in the world — solved their water crisis.

Sadly, the Palestinians still suffer from water shortages, but this is not the result of natural scarcity. It seems to be the result of Israeli government policy.

“You have to understand, most of these people are not ready to be unplugged. And many of them are so inured, so hopelessly dependent on the system, that they will fight to protect it.”
— Morpheus

This incredible concept, unfortunately, still escapes many people. They cannot imagine a society, where people are having their basic human needs of food, water, property, and clean energy met for free. They have been so conditioned by this rapacious system of sophisticated slavery, that they think everyone must work their asses off just to survive. And, they have forgotten that this incredible earth actually provides everything we already need absolutely free. We are all living on the welfare of this planet, whether we are aware of that irrefutable fact or not. It’s just a small group of so called elite that have found a way to put a price tag on life and get us to unconsciously serve them.

Jacque’s Vision Continues To Live On

Jacque Fresco had a big influence on me personally. He helped make sense of a system that I had always been deeply suspicious of, and this helped light a fire inside of me that burns brighter with each passing day. In short, he helped me understand that another world is possible.

Thank you for your vision my friend, you truly were A New Kind Of Human. Your blueprint of a better world for all will continue to live on and ultimately help to design the future of our planet. 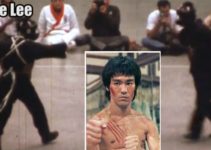 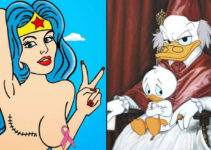 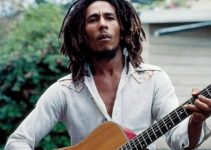 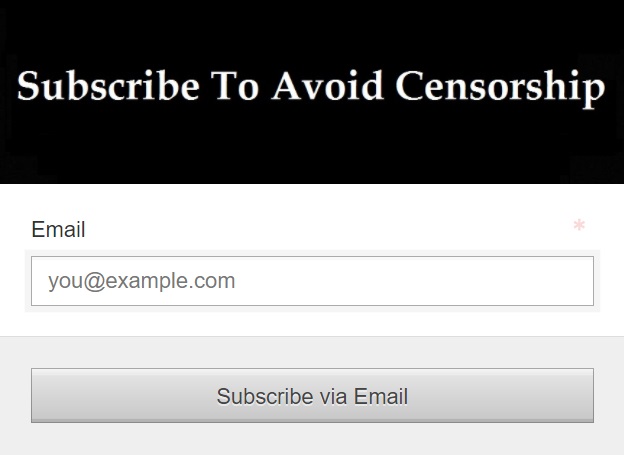